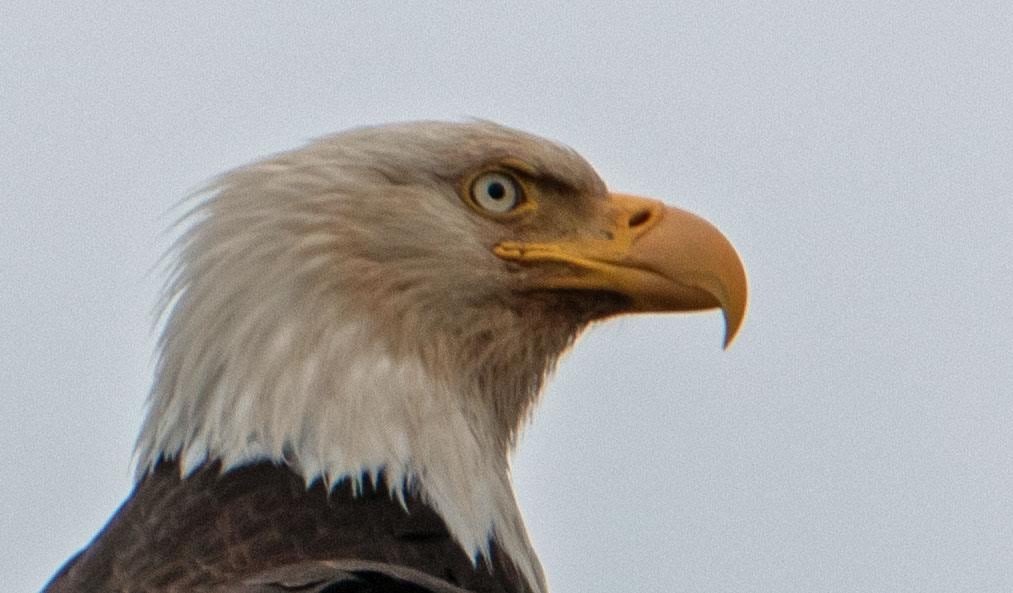 Our last day in Homer found me sticking close to the beach.  I mean, with a view like this from the window, how can you leave?

It was still a bit overcast, but not as windy as it had been.  I tried flying some little kites, called triads, in the parking lot.  It was fun, but the breeze really waxed and waned so I gave up eventually.  I tried to take in as much of the view as I could.

That afternoon, I started eagle stalking.  I could get fairly close, though there was a limit to his/her comfort even if it was high up on a light pole.

It was fun trying to slowly approach and get some good shots before it decided I was too close and took flight.

Amanda, Jeff and Jackie left Homer that morning, heading to where we’d just come from, Seward.  They were trying to squeeze as much sight seeing in as they could.  I got this picture from them on a hike somewhere around Seward.

In terms of our group, some of them did flightseeing tours.  Homer is well positioned to offer access to more remote areas of Alaska by boat or by plane.  Jim and Kathy went over to Katmai National Park where there is a fairly high concentration of brown bears.  She took some amazing photos, but I really love this one with an eagle and a bear together.

We finished the night with a final campfire on the beach. Most of Alaska was under a burn ban at the time, but propane fire rings were allowed on the Homer Spit.  They were so much fun, I wish we could have done them more often, but it wasn’t worth the risk of starting a major fire by accident.

One Reply to “Day Forty Nine: Last Day on the Spit”